What is user interface design which is also called user interface engineering? To know this, one needs to know where it is used. One can see the role of UI design in various things, from physical world products to virtual products. For example, UI in devices such as computers, mobile devices, other electronic things and major home appliances. In the case of computers and software, UI primarily works on the computing architecture. It is simply a process of making up interfaces that liaise with the user and tell them what is essential.

The user interface’s main motive is to simplify the interaction and communication with the user.

UI (user interface) is a mixture of the following things:-

Input controls: Helps users to enter the information into the software/website. The elements include text fields, checkboxes, buttons, and dropdowns.

Navigational elements: These are the most valuable elements of UI. Hence, having the navigation elements visible to the users increases the user experience and enhances the interface.

Informational components: They help provide all the important and valuable notifications to the users in the form of banners, notification bars, message boxes, etc.

Containers: They are used to group valuable data into particular sections. The Accordion menu or a vertical stack menu is an example of containers in UI.

The above components make the user experience better if they are put together in implementation.

The UI usually covers up the followings:

It helps the user interact quickly and understand all the essential aspects. The user interface design has three main types:

Graphical user interface (GUIs): Virtual representations shown on the device’s screen with which the user can interact. For example, a desktop.

Voice-controlled interface: The user must interact with their voice in this case. For this, some intelligent assistants in the device, for example, Siri, Google, and Alexa aid. The voice of the user controls these.

Interface interaction via gestures: Many 3D environments are controlled by their body gestures. With the help of gestures, users can communicate with the UI. This type of interface is seen in the case of virtual reality gaming or augmented reality gaming.

Technology has taken this UI from computers to vehicles and small mobile devices to complicated home appliances. UI has made the work easier for the user. Its usage has decreased the complexity of understanding things.

These projects not only need a basic human communication system but also require many new ideas and high skills.

For users, a good UI is the one:

In today’s generation, the use of UI has reached its zenith. It has become a general topic for people.

The main Fundamental UI principles are:

Sketch: A vector graphics editor for drawing, design handoff, and wireframing. Both UX and UI users use this.

Adobe XD: It is mainly used to prepare interactive animations and prototypes.

Figma: Same as Sketch and Adobe XD, it is also a vector graphic that mainly provides work towards prototyping.

Ultimately, we can conclude that UI is the user interface design, also called user interface engineering. Many electronic devices we use daily have been widely used in software. 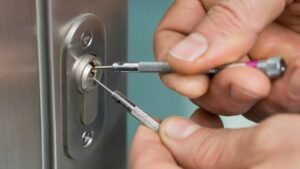 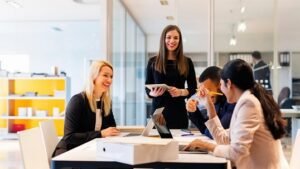 Internet Buying Guide: What You Need to Know 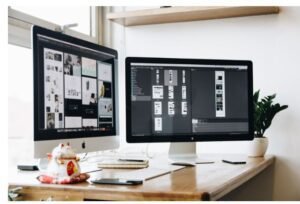 Good Web Design: How to Create a Website That Converts 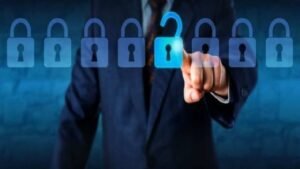