Playing poker is about making the best hand possible with your cards. While there are a few different variations of the game, most poker games are based on the same basic ranking of hands. Knowing where poker hands ranked in order will help you make the right decisions at the table and give you a better chance of coming out on top. The poker card rankings, from highest to lowest, go as follows:

A royal flush is the best and highest hand in poker possible, which comprises an Ace, King, Queen, Jack, and Ten, all of the same suit. When faced with a royal flush, most players typically bet very aggressively to try and secure the pot. The chances of getting a royal flush in a game are about 1 in 650,000. The rarity of this hand coming up is what makes it so valuable. Should you get this hand while playing, make sure to bet big and give yourself the best chance of coming out on top.

A straight flush is the second-best hand in poker rankings and is made up of five cards in sequence that are all identical suits. The odds of hitting a straight flush are about 1 in 72,000, which means it’s considerably more likely than getting a royal flush but still a very valuable hand. When you encounter this hand, it’s advisable also to bet aggressively as chances are your opponents won’t be able to match you.

A four-of-a-kind is made up of all four cards of the same rank and any other card. Four of a kind are also known as quads and occur about once every 4,000 hands or so. When you hit this hand, it’s often wise to slow-play it as your opponents are unlikely to have a better hand than you.

A full house contains three cards of the same rank and two more cards of another rank. The odds of making a full house are about 1 in 700, which means it’s not an overly common hand, but one that can succeed you big pots should you hit it. If you’re dealt a full house, it’s generally a good idea to bet aggressively, as players with smaller hands will be less likely to call your bet.

A flush comprises any five cards of the same suit. The odds of making a flush are about 1 in 50, which means it’s a reasonably common hand. You’ll typically want to bet aggressively when you hit a flush, as most players will fold rather than risk going against a strong hand.

A straight is made up of five cards in sequence regardless of suit. The odds of making a straight are about 1 in 250, which means it’s not an overly common hand. Players who have a straight can do two things. The first is to bet aggressively, often forcing weaker hands to fold. The second is to check, which can sometimes bait other players into betting and allow you to take down the pot with a well-timed raise.

A two pair is made up of two cards of the same rank, two more cards of another rank, and any final card. The odds of making a two pair are about 1 in 20, making it a hand that comes up fairly often. The value of this hand can also vary depending on the rank of the cards. For example, a two pair made up of Aces and Kings will be much more valuable than a two pair made up of 2s and 3s. If you end up with this hand, it’s best to check or bet small. You could also try and bluff by betting big, but this is often a risky move that could backfire.

One pair comprises two cards of the same rank and any three other cards. It’s one of the most common hands in poker, which means these aren’t strong. You’ll often want to check or bet small when you have one pair. You can also fold if you’re up against a more substantial hand. If you’re feeling optimistic, you can try to bluff by betting big, but this is often a risky proposition.

A high card is any hand that doesn’t fit into the above categories. The hand’s value would solely rely on your single highest card. This hand is the weakest type among the poker hands in order and one you’ll want to avoid if possible. If you find yourself in this situation, the best thing to do is check or fold. Bluffing is often a bad idea as it’s unlikely that you’ll be able to fool other players into thinking you have a more substantial hand than you do.

The guide above should give you a good idea of the different types of hands you can make in poker and how to play them. With practice, you’ll be able to master the game and hopefully come out ahead more often than not. Start practicing today by signing up at GGPoker! 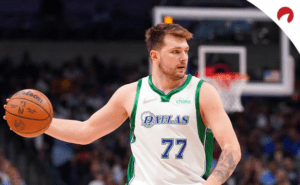 Tips on How to Bet On Basketball for Real Money 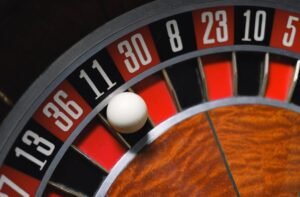 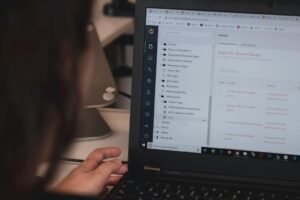 Is a Free Spin Bonus Beneficial to Online Casino Players in Canada? How To Play Australian Pokies Online